In 1928 William Hope “Coin” Harvey and about 500 supporters and friends gathered to dedicate a unique concrete amphitheater Harvey had recently designed and built at his resort town of Monte Ne, located in the Ozark foothills of nearby Rogers. An economist and eccentric entrepreneur, Harvey had become convinced of the immanent demise of the human race, and constructed the amphitheater, or “foyer” as he referred to it, as an entrance and erosion deterrent for a 130-foot pyramid he intended to build on the site. The solid concrete pyramid was designed as an elaborate time capsule to assist in the future rebuilding of civilization should a human remnant survive the impending economic collapse and apocalypse. Harvey exhausted all of his personal resources in the construction of the amphitheater, failed to find financial backers for construction of the pyramid, and died penniless in 1936.

For thirty years after Harvey’s death, the amphitheater was utilized by the people of Northwest Arkansas as a site for everything from Sunday picnics, to a late night hangout for area high school students. In 1966, as the Beaver Dam and Lake project was completed, the amphitheater was submerged beneath the waters of the newly formed lake. Every decade or so since, a drought has drawn back the waters of Beaver lake and revealed portions of Coin Harvey’s amphitheater. This ebbing and flowing cycle of revelation and re-submersion has helped keep the memory of the amphitheater and Coin Harvey alive for subsequent generations of Northwest Arkansans.

Viewers are invited to sit on the bench in the installation. The source for this wooden reproduction, on loan from the Rogers Historical Museum, is a concrete couch that sits alone on a platform at the center of the Monte Ne amphitheater, submerged beneath the waters of Beaver Lake to this very day. 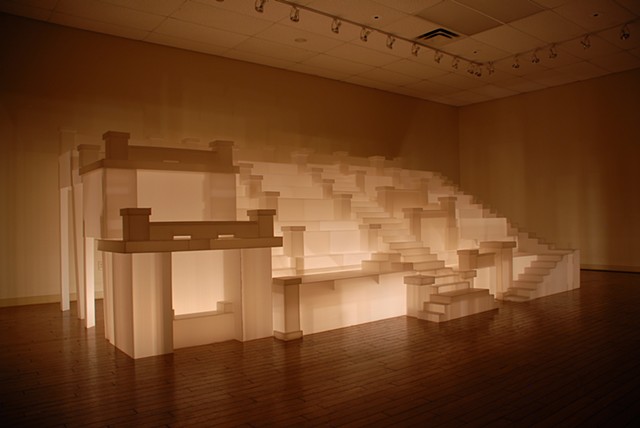 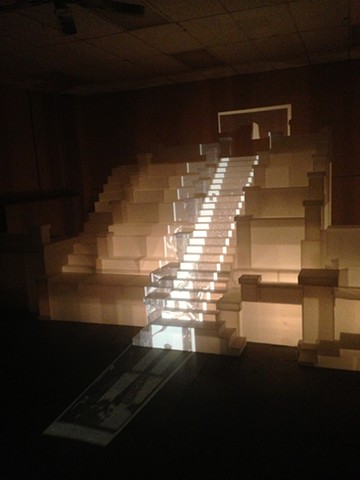 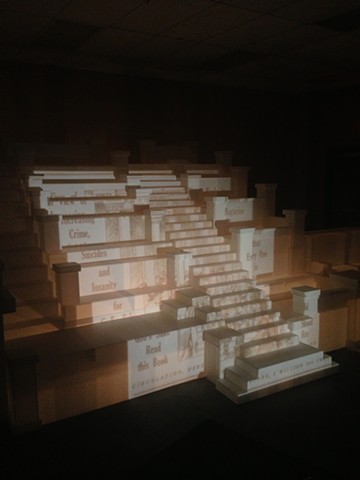 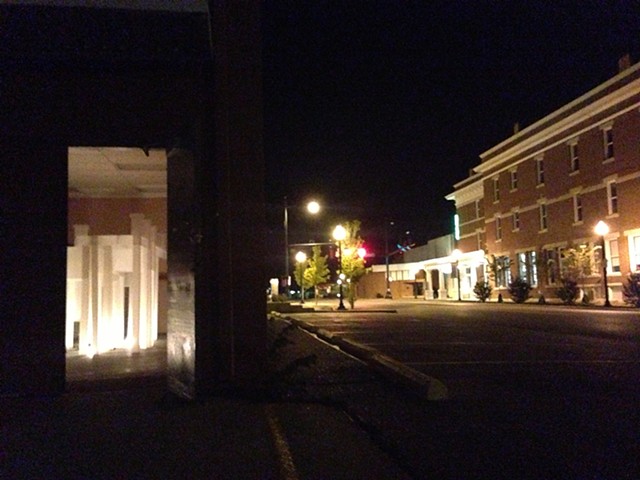 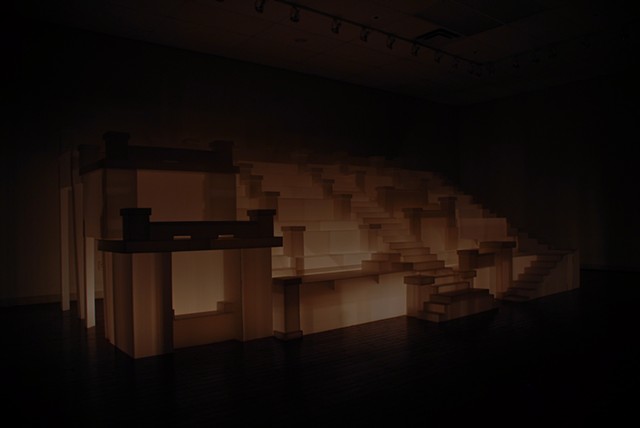 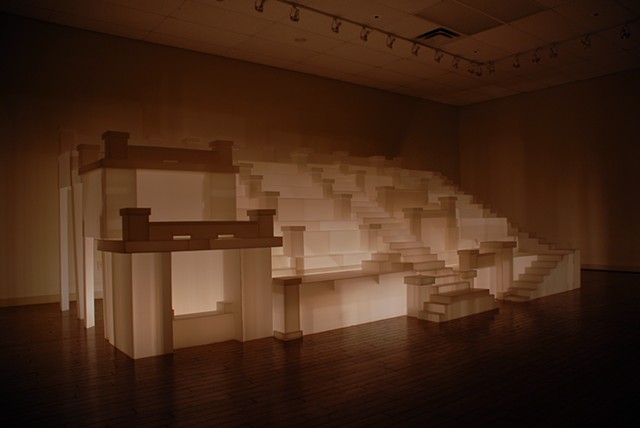 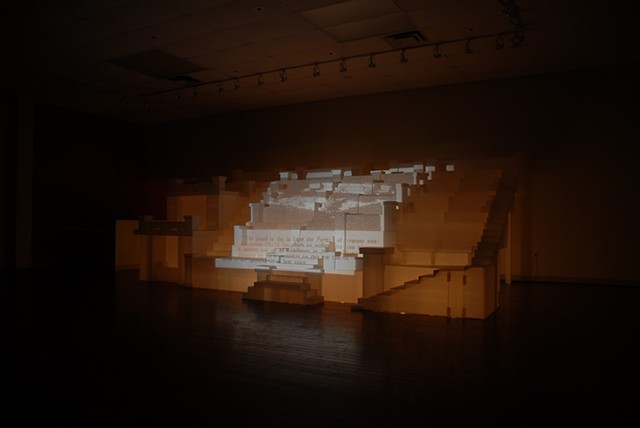 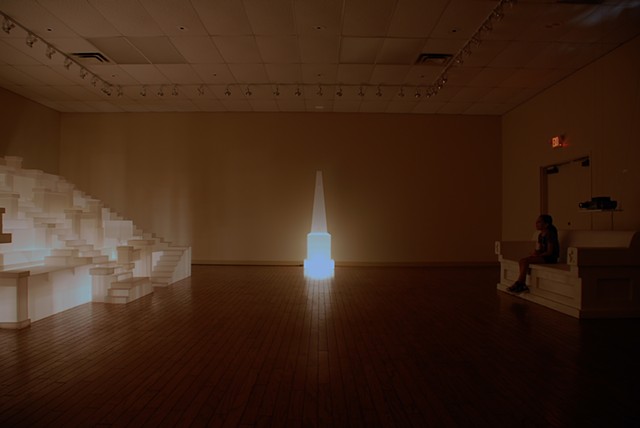 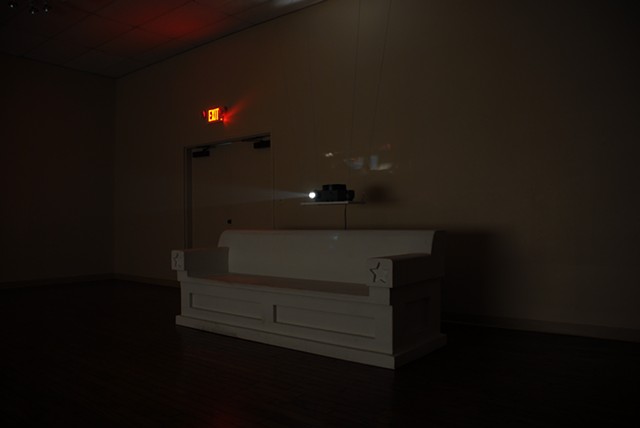