Artwork > In Case You Were Looking 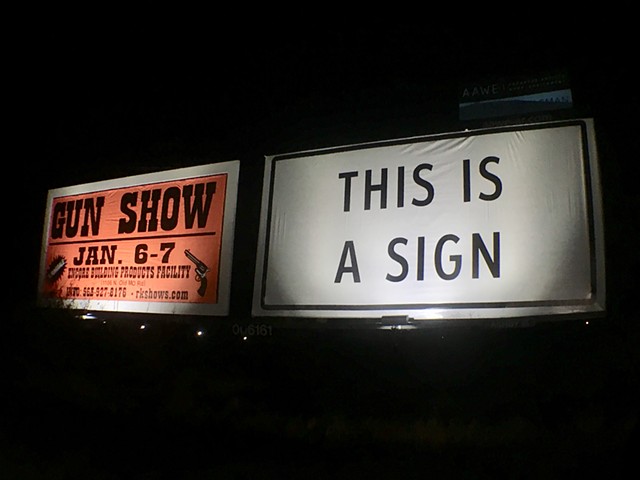 In Case You Were Looking
Billboard
12 x 24 feet 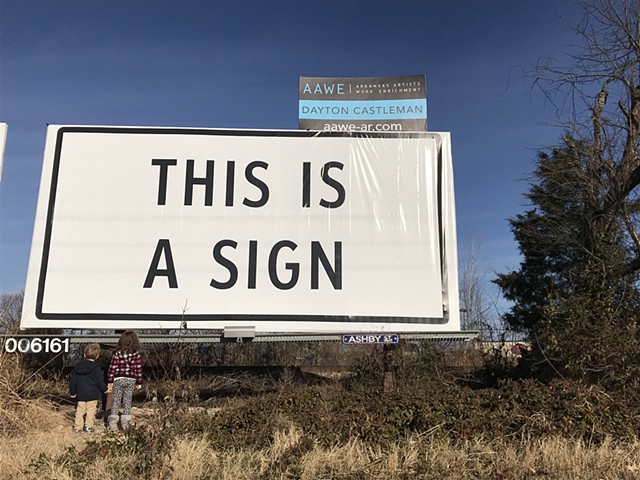 In Case You Were Looking
Billboard
12 x 24 feet

The wildcard of not knowing the location of this piece made it pretty nerve-wracking to develop. I didn't even know the exact dimensions in order to design it until the 9th hour. It's not what I would have chosen as a site, or the ideal dimensions. I would have chosen a tall, wide, solitary, soaring monolith of an object along an interstate. But beggars can't be choosers.

When I discovered it would be a smaller-scale sign (12 x 24 feet), and PAIRED directly next to another sign I had no control over, I felt pretty deflated. It could have been an ad for Downy fabric softener balls, or tortilla chips for all I knew (not that there's anything wrong with Downy balls or chips...), but I was NOT enthused by the wild-card. I don't like not knowing the immediate context of a work.

As a conceptual piece, those things matter a lot, and I like to think about site and context in great detail. I like control over those factors, or at least to know what they are, so I can nuance the work.

On the one hand it was a minimal conceptual work in the conversation surrounding representation, tip-toeing on the shoulders of Rene Magritte, Joseph Kosuth, and company.

And on the other it was intended as a cosmic, metaphysical work, aimed toward eye and mind of the ulcerated commuter, at wits end, working a dead-end job, waiting for something to change, or a reason to change. A universal beacon of discernment and hope, perhaps. A life changer, by sheer chance.

As it is, it's become somewhat apocalyptic. An unintended coda to the "Gun Show" I was included in at now defunct Drawl Gallery in Little Rock a couple of years ago. It's much darker now, ominously permissive. It makes me nervous, even potentially culpable, and I like that.

And who knows? In a few weeks or months it could relate to fabric softener, or car insurance, or landscaping, or the Rodeo of the Ozarks. But it will STILL BE A SIGN - in case someone's looking for one.