Artwork > Hung Out to Dry

In May of 2008 it was announced that Cuban artist Wilfredo Prieto had won the Cartier Award, which is acknowledged as one of the world's leading art awards. Prieto's winning installation (pictured below) was realized at the Frieze Art Fair in London, October 16th - 19th, 2008. Curator Neville Wakefield comments: “Wilfredo Prieto stands out amongst his peers for creating art that levitates the ordinary. With great economy of means he addresses issues of sculptural and geo-political accumulation in ways that are at once provocative, charming and poetic.” He was awarded $10,000 to complete the project.

In September of 2008 I proposed the work that became Agit: Prop. It was installed adjacent to Gallery 400 in Chicago from December 2 - 9, 2008. I spent about $80 on materials. I considered it the most economic, powerful, and conceptually clean work I'd created to date, and was looking forward to creating new versions in the future.

Less than a month later, while flipping through Art in America, I saw an image of Prieto's project at Frieze and my heart sank. I had no knowledge of his project before conceiving of mine, but there is no getting around it: my ace was trumped on a big stage.

If we were inventors, he would have secured the patent. It was over for Agit-Prop, though I was hoping one day to expand and reinstall the project somewhere.

I responded by laundering my flag, and pinning it on an 80-foot clothesline.

My flag had been agitated, rinsed, spun, and hung out to dry. 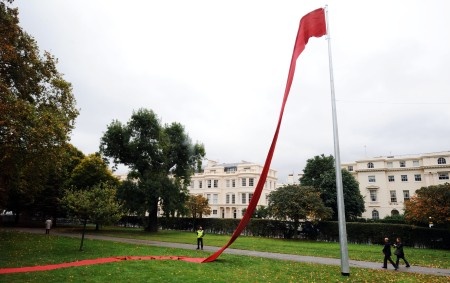 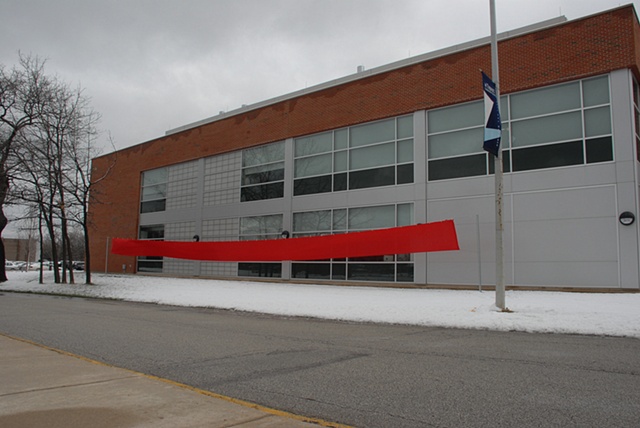 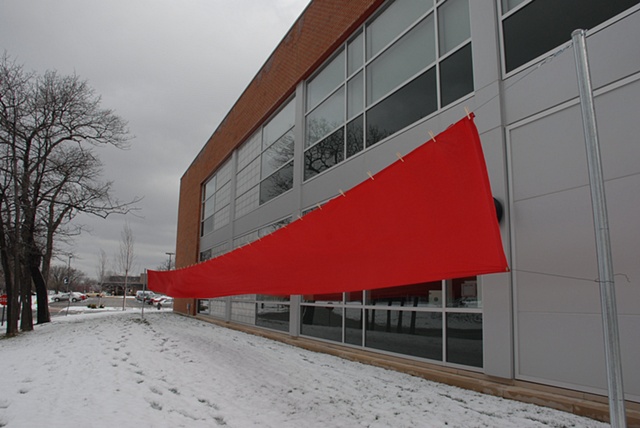 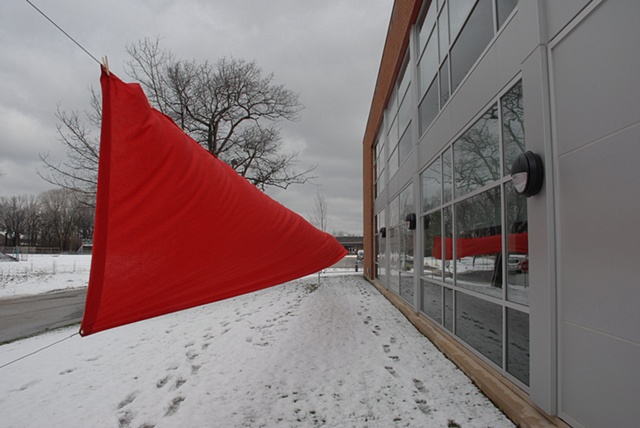 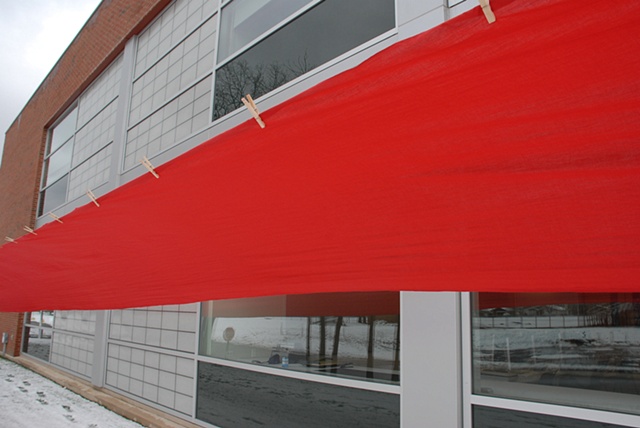